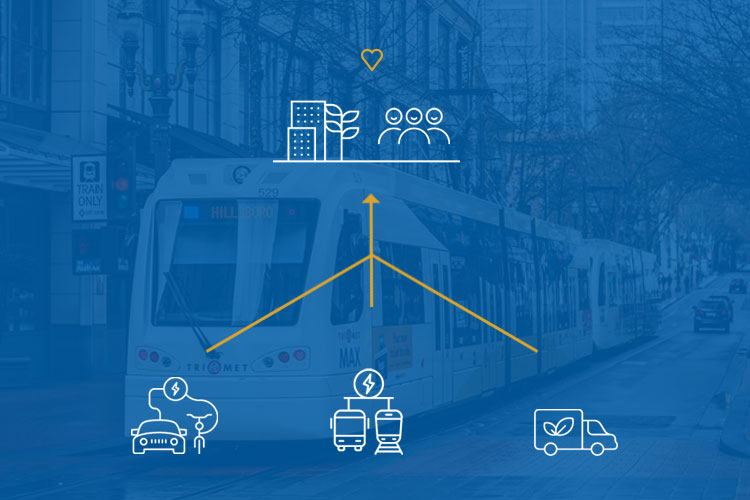 These lines continue the series of posts initiated by Miren Estensoro and Mikel Albizu to delve into urban competitiveness, this time focusing on one of the main challenges cities of any size and geography are facing: the adaptation of their transport to a sustainable mobility model. Specifically, how an intermodal conception of it is necessary to integrate emerging trends and respond to different demands that a competitive city should take into account.

Transport is a dynamic and constantly evolving challenge, whose transformative potential is already mentioned by Mikel and Miren in their second post when they compare the major urban changes (especially technological ones) with the irruption of the automobile in cities. In fact, some of the impacts they describe in relation to telework are closely related to the main areas that, according to Banister (2008), define sustainable urban mobility. It is worth noting how teleworking driven by ICT enables a reduction in commuting to workplaces and energises other urban areas with new activity and consumption. On the other hand, the model or "paradigm" of sustainable mobility in cities proposed by Banister also includes a commitment to intermodality and greater energy efficiency.

This is very relevant because the competitiveness of cities and their regional environment in the future will be largely conditioned by how they deal with changes in each of these areas, which will be influenced by factors with some uncertainty, such as technological innovation, socioeconomic trends and growing environmental challenges.

Although each city has its own needs and capabilities, it can sometimes be useful to look at the experiences of societies that have reached milestones in their progress towards the decarbonisation of transport in order to learn lessons. In terms of electric vehicles, for example, one of the most frequently mentioned cases is Norway. A country that leads the electrification of transport in Europe year after year and to which we had already paid attention in Orkestra a few years ago.

But Norway is not just about electric mobility. This summer I was lucky enough to visit the country and was able to observe in situ some of the key points of its National Transport Plan, whose five pillars include the connection between transport and competitiveness. These are some of the reflections I brought back with me from the trip.

1. Accommodating the tsunami of shared micromobility is no easy task.

In many cities, especially in large cities, we have gradually become accustomed to the presence of electric scooters (e-scooters), which have grown in popularity and number of suppliers.

Norwegian cities are no exception and, in fact, their demand has exceeded all expectations, to the point that Oslo can be considered the leading city in Europe for this form of micromobility. This year, national and local authorities have set out to regulate their use and limit an "overpopulation" of units that has become a problem, partly due to the accidents caused and the difficulties in managing a fleet that clogs the streets and generates waste. An analysis by the Norwegian Transport Economics Institute (TØI) points out that this means of transport in Oslo does not have a significant impact on traffic reduction and that it primarily replaces forms of active mobility, essentially walking; while a report by the International Transport Forum (ITF) mentions that this issue has caused "chaotic conditions" in popular areas of Oslo.

On the left, an electric scooter next to Oslo Cathedral outside its parking lot; on the right, scattered scooters in front of the University of Oslo. In the center, a graffiti [I think] of Erna Solberg, prime minister of Norway, in Bergen harbor, possibly ironising about the introduction of this form of mobility. Source: own photos.

However, both studies see potential benefits in combination with public transport, such as a last-mile role in broad intermodal combinations, or the ability to promote social interaction. Considering that the demand comes essentially from younger generations, cities will have to find formulas in the short term to adequately integrate this form of shared mobility.

2. The protection of the regional environment is also the responsibility of a competitive city.

One of the studies mentioned above illustrates the intermodal combination of e-scooters with ferry lines. The decarbonisation of ships on inland waterways is important for countries where this form of transport has weight, such as Norway, or in general for the EU because of its role within the Trans-European Transport Network (TEN-T). It is an area linked to the key role of ports in the energy transition, as Macarena Larrea will soon explain in a forthcoming Energy Lab report.

For this reason, the decarbonisation of cities requires taking into account the adaptation of their ports and waterways, because as Miren and Mikel remind us in their initial post, urban competitiveness can be approached from a territorial and multi-scale perspective. This is something that is well reflected in Norwegian tourism, whose economic activity is linked to populations that act as an urban base. One example is Bergen, from where ferry routes cross the fjords. The installation of recharging infrastructure at the beginning and end of the routes allows the use of all-electric boats that reduce pollution.

An operator connects an electric ferry to the charging terminal at the Gudvangen pier at one end of the Nærøyfjord. Source: own photo.

Thus, reducing the impact of tourism or other activities on the environment is important to achieve sustainable cities in a broad sense. A recent ICCT post (1), warns of the importance of electrifying ferry transport in tourist areas after the post-pandemic recovery, and points out that other countries can draw inspiration from the experience of Norway or Denmark.

There is a common element that enhances everything mentioned so far: Entur. It is a digital route planning platform entirely under the Ministry of Transport(2), which was born as a reinvention of the national railway company's ticketing service following the liberalisation of the Norwegian railway system and the need to simplify the use of the system.

EEntur is responsible for collaborating with mobility companies and uses a standardised format for collecting, processing, and sharing public transport data. This allows it to calculate routes for users combining different modes of mobility, from air transport to last mile (including the above, e-scooter and ferry), with a flexible approach that allows customising routes with variables such as favorite stops or how fast we walk.

Panel to configure routes found by a user of the Entur app or website. Source: Entur.

In line with what we have analysed in Orkestra about new business models for sustainable mobility, Entur is a good example of how intermodality is cultivated based on digitalisation and public-private cooperation. It shows the potential of this combination to make transport companies and digital developers more competitive, who can connect to the platform to provide information to travellers, innovate and create new solutions. The purpose of this national service also seeks to favour a sustainable use of the resources of the mobility ecosystem, so that each company does not need to develop and maintain its own information system. In fact, the system aims to evolve in such a way that, under the same payment, different tickets with different operators are available, and that the transversality of the model allows one company to sell tickets from other companies.

These are just small samples of how sustainable mobility is a strategic field to achieve competitive cities and regions, but they illustrate well the importance of innovating with a broad intermodal perspective. 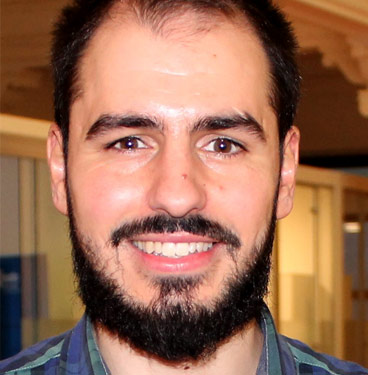 Jaime joined the Institute as a Predoctoral Researcher at the Energy Lab in 2015. He has worked on the following projects: “Energy and Industrial Transition” and  “Technology, Transport and Efficiency”.