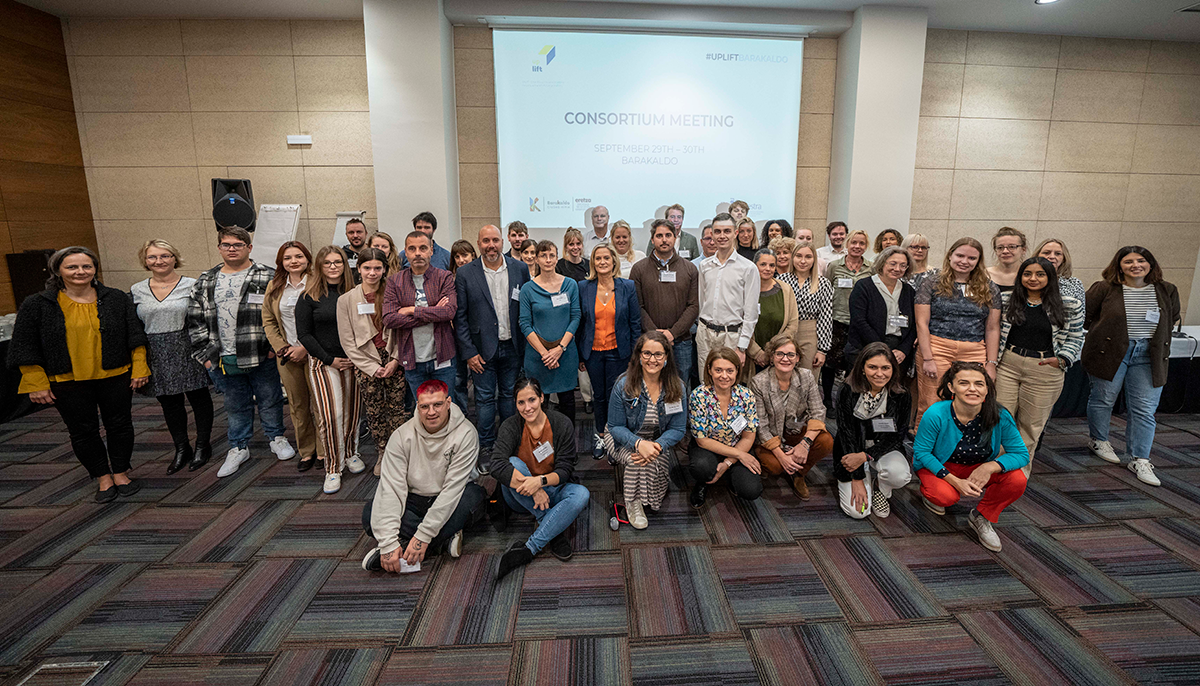 The financial crisis of the last decade and the pandemic have widened socio-economic inequalities in Europe and young people have become the age group most at risk of poverty in Europe. This week a meeting is taking place in Barakaldo as part of the European project UPLIFT in which research staff and young people from 16 European cities and the United Kingdom are participating.

Since January 2020, the project, funded by the European Commission's Horizon 2020 programme, has been studying the cases of 16 cities in Europe and the UK, including Barakaldo, in order to gain a deeper understanding of the inequalities affecting young people. To this end, various data analyses, interviews and participatory workshops are being carried out with policy makers and implementers, as well as a co-creation process involving a group of young people from each city.

On 29 and 30 September, members of the project are meeting in Barakaldo, in an event organised by the City Council, the Urban Management Company Eretza and Orkestra. More than 50 people will take part in the gathering, which includes working meetings to share learning, sessions to learn about the experiences of the young participants in the different cities, and visits to some of the most emblematic places in Barakaldo.

Orkestra, a link between young people and public decision-makers in Barakaldo

Since December 2021, a group of young people from the municipality have participated in a collaborative process coordinated by Orkestra researchers in which several councillors and technicians from the City Council, Eretza and Gazte Bulegoa have also collaborated.

The researchers from Orkestra have designed two working spaces for listening and discussion. The first one is the Youth Board, a series of dynamic meetings to build trust where young people have been able to express their concerns and doubts. The second one is the Social Lab, in which two young people from the Youth Board shared their doubts and contributions with the councillors who took part. In this way they have been able to share possible solutions to their problems, expectations have been limited and other paths have been opened, with the aim of advancing in the design of a viable and realistic action plan.

Usue Lorenz, the researcher in charge of the project, said that Orkestra's objective was "on the one hand, to understand what inequality is and how it can be measured, especially among young people, and on the other, to innovate in the way of drawing up urban competitiveness policies by putting the voice of citizens at the centre of these policies". She also stressed that the institute has been the link between the group of young people and public decision-makers and that it has been "very gratifying" to see how they have interacted and worked on a joint reflective agenda with 4 proposals for improvement in the field of access to housing.