The COVID-19 threat and governmental actions in Norway

Introduction
Thursday, March 12th represents a new chapter in Norway history. The day represents the first dead of the COVID-19 virus. It also represents the strongest measures ever implemented in peacetime in Norway by the Government with a lock-down of such as kindergartens, schools, higher education institutions, restaurants, hairdressers, dentists and tourist destinations. The effects of the lock-down manifested fast. From February to March the number of unemployed increased from 66.000 to 301.000, and an all-time high unemployment rate of 10,7 % was a fact. The private sectors that are hardest hit by the crisis are such as accommodation and serving (56,500 unemployed), private services otherwise (29,500 unemployed), wholesale trade, repair of motor vehicles (76,600 unemployed).

This report is from the first month with governmental actions in Norway. It is still too early to say anything about the long-term effects on the Norwegian economy. The economic consequence of the suppress/stop strategy is calculated to 25 billion NOK each month. By April 14th, 136 persons are dead of the virus, and 204 infected persons are in the hospital of a population of about 5,3 million. Just before Easter, the Government declared that the situation now was under control and that the strong regulations would be loosed up after Easter. The Kindergartens are planned to open April 20th and the schools from 1st to 4th classes from April 27th.

Political leadership and strategy
It was the Norwegian Directorate of Health that was the public authority responsible for handling the COVID-19 threat until March 12th. With the Government's entry, the COVID-19 threat was also redefined to be an economic and social threat to Norwegian society. Just after the lock-down some economics and politicians argued that the effects of the lock-down would be harder than the effects of the COVID-19 virus on the Norwegian society and suggested that there should be no or only a few regulations of the virus, such as in Sweden. The consequences of such a strategy would, in the short run, be many infected and many dead, especially among the elderly population and people with underlying diseases. Still, in the long run, the economic consequences would not be dramatic. This strategy, named "release" was one among three scenarios published from the Norwegian Public Health Institute. The other two strategies were "slow down/brake" and "suppress/stop" the COVID-19 virus. The Public Health Institute recommended the "slow down" strategy. However, the Government did not listen to the public experts and implemented the "suppress/stop" strategy.

As a result of the strategy, the Government has implemented several economic measures, and a crisis law that gave the Government extended powers of attorney.

March 13th: Liquidity measures
To secure liquidity, four measures were implemented: Norges Bank (National Bank of Norway) reduced the interest rate. The countercyclical capital buffer was reduced so that banks will have the freedom of action to finance the business sector. Norges Bank will offer extraordinary short-term loans to the Norwegian banks. Besides, the self-employed can defer payment of the withholding tax.

March 15th: New loan measures
The Government will propose two new loan measures with a total limit of at least NOK 100 billion. The measures will make it easier for Norwegian companies in crisis to obtain the liquidity they need to get through the demanding situation they are in for the moment.

March 16th: Measures directed towards culture, sports and the voluntary sector
The package that was presented today consists of a compensation scheme for cultural life, which will amount to approximately NOK 300 million, and a corresponding one for sports and voluntary rest of approximately NOK 600 million. The scheme is intended to compensate for the loss of revenue from ticket sales and participation fees, as well as additional expenses due to the need to cancel or postpone events due to the coronavirus.

March 20th: Changes in the layoff and unemployment benefit regulations

•  Laid offs are guaranteed 100 per cent salary up to 6G (The National Insurance Scheme's necessary amount (1G) is NOK 99,858) from day 3 to day 20.
•  The employer period (the days when the employer pays the full salary to the laid-off) is reduced from 15 to 2 days. The state then takes over the income protection of the laid off. This means that employers who have already paid two or more days of payroll duty at the time of entry into force do not have several days of payroll duty.
•  Benefits for laid-off persons and those who become regular unemployed are adjusted upwards and shall constitute 80 per cent of the unemployment benefit up to 3G and 62.4 per cent of the part of the unemployment benefit that is between 3G and 6G.

The Government is proposing to establish a 90 per cent government guarantee for new loans in the market for small and medium-sized businesses affected by the outbreak of the virus and to restore the Government bond fund as a measure aimed specifically at large companies. The measures will have a total framework of NOK 100 billion and will contribute to better liquidity in Norwegian companies and thus secure jobs.

March 27th: Measures for covering fixed costs
The Government proposes to create a scheme that entails that the state covers a proportion of the fixed costs for companies that have a significant reduction in turnover due to the outbreak of viruses and infection control measures. The scheme should be both easy to use and manage and designed so that it takes a short time from an application sent to the money is on the account 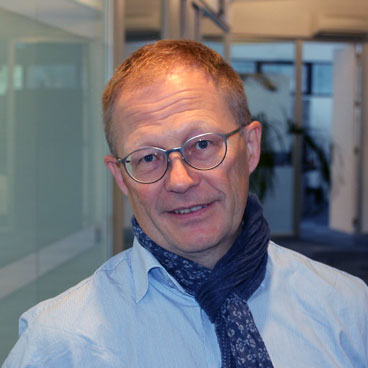