The Provincial Council of Gipuzkoa and Orkestra-Basque Institute of Competitiveness have formalised an agreement this morning to lend continuity to Zubigintza- the action research laboratory of the Gipuzkoa Sarean project. 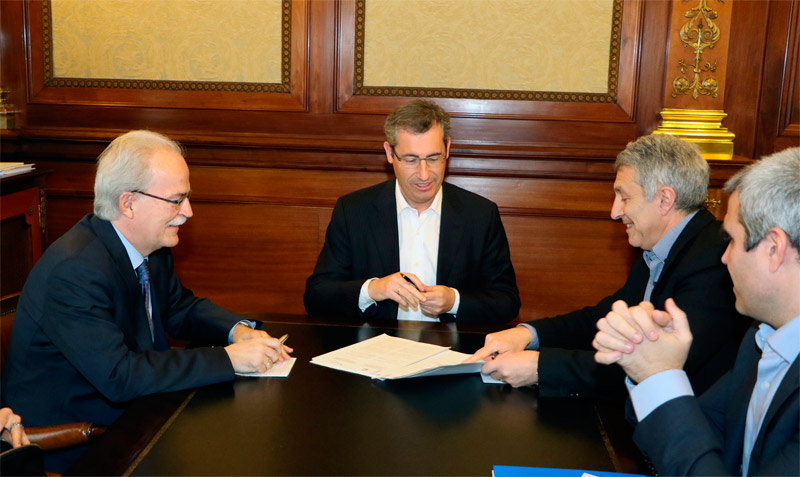 This agreement will be in force throughout 2016 and will seek to support two lines of action of Gipuzkoa Sarean: a comprehensive aid plan for small businesses, which stems from the Economic Recovery Plan and the development of a good governance model. These objectives will be developed via the methodology of action research, and the challenge in the academic sphere is to demonstrate the contribution which this approach may make to processes of policy definition.

During the meeting, held in the Council, Markel Olano pointed out that the Provincia Council of Gipuzkoa intended to work with the different universities with a view to developing a model of good governance, emphasising that the signing of the agreement opens the way to collaboration during this legislature.  He also spoke of the Council’s political project in order to make this possible. In this regard, Sebastian Zurutuza, director of Management Strategy and political head of Gipuzkoa Sarean, underlined the fact that the project will have, for the first time, a political leadership shared between the cabinet and the department of Innovation.

Meanwhile Jose Luis Larrea, Honorary President of Orkestra, was keen to highlight the key role played by the Council, amongst other actors, in the creation of Orkestra a decade ago, as well as the collaboration of both institutions in order to implement the research activity project which is now in its seventh year.  In fact, he stressed the importance of the generation of knowledge that is subsequently applied in reality.