After the Pandemic: societal innovation and the foundational economy 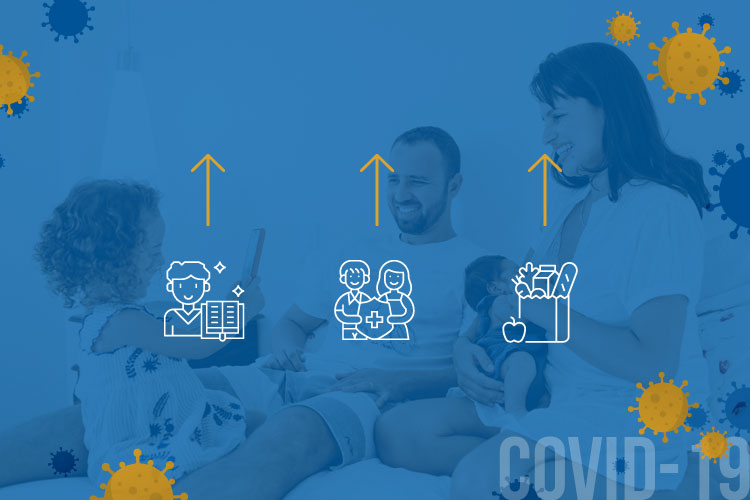 COVID-19 has triggered hopes and fears for the post-pandemic world. Hopes that a new world is possible; fears that the old world will re-assert itself, albeit with more debt, higher unemployment and greater inequality. As the novelist Arundhati Roy wrote recently: “Historically, pandemics have forced humans to break with the past and imagine their world anew. This one is no different. It is a portal, a gateway between one world and the next”. (1)

To re-imagine the world anew we need new concepts, new frames and new values. All three of these requirements converge in the concept of the Foundational Economy, a radically new approach to place-based development.

Before the pandemic struck many OECD countries were debating the “new industrial policy”, with its mission-oriented approach to innovation policy, which involves a more activist approach to state intervention in the economy. But what is most problematic about the new industrial policy debate is that it leaves unanswered questions about the fate of the vast majority of people and places that do not figure in the narrow world of mission-oriented innovation policy.

It is in this space that the concept of the Foundational Economy (FE) makes its most important contribution because, far from being socially and spatially exclusive, it has something to offer everyone everywhere, in the sense that the FE constitutes the infrastructure of everyday life. (2)

The FE refers to the basic requirements of civilised life for all citizens irrespective of their income and location. It includes material infrastructure – pipes and cables and utility distribution systems for water, electricity, retail banking – and providential services – education, health, food provisioning, dignified eldercare and income maintenance.

Conventional ways of theorising and measuring the economy render the FE invisible and overlook its contribution to development. Orthodox thinking is fixated on the contribution of hi-tech industries and property-led regeneration to boost GDP. But growth in GDP is not translating into improvements in living standards for many households and provides only a narrow and desiccated index of progress.

Understanding the FE is essential to thinking about more inclusive forms of development, because it is welfare-critical for those with limited access to private provision; it underpins household consumption; and it is a large employer in sectors like water, energy and eldercare, which typically are sheltered from international competition. With few exceptions, current discussions about industrial strategy in OECD countries rarely mention the FE, despite the fact that the supply of these services is critical to rising living standards and social wellbeing. (3)

But the FE should not be reduced to a social welfare policy. Far from being a technological backwater, the FE contains sectors that are advanced users of cutting-edge technology.

In other words, when we appreciate the importance of inter-sectoral linkages and knowledge spillovers, we begin to see the dynamic inter-dependence between the technology-generating sectors that dominate conventional conceptions of innovation and the technology-using sectors of the FE, where social innovation is arguably more important than technological innovation. “By thinking about the history of technology-in-use”, says David Edgerton, “a radically different picture of technology, and indeed of invention and innovation, becomes possible”.(4)

The FE has affinities with other new conceptions of development, all of which are primarily focused on what we might call the Wellbeing Economy. For example, the British Labour MP Rachel Reeves has written about the Everyday Economy; researchers at University College London are calling for Universal Basic Services; civil society think-tanks in the UK and the US have championed Community Wealth Building; and the LSE researcher Ian Gough makes a compelling plea for the satisfaction of human needs as the only viable measure for negotiating the trade-offs between climate change, capitalism and human wellbeing.(5)

Turning to the worlds of policy and practice, Wales became the first nation in the world to officially embrace the FE as part of its repertoire for place-based development. To test the water, the Welsh Government recently launched a Foundational Economy Challenge Fund to invite development proposals from every part of the country. One of the distinctive features of the challenge was the fact that the conception of “development” was left open – to be defined by localities themselves. But all the successful proposals were informed by the values of the Welsh Government’s Well-being of Future Generations Act, a widely acclaimed societal innovation which placed a duty on public bodies to promote sustainable development.(6)

To promote its sustainable development agenda Wales has joined the Wellbeing Economy Governments (WEGo) alliance with Scotland, Iceland and New Zealand. The rationale for this small nation alliance is to implement the UN’s Sustainable Development Goals and to champion the idea that national success should be defined by the quality of life of citizens rather than the growth rate of a country’s GDP. Given its commitment to “sustainable human development”, the Basque Country would also be at home in this WEGo alliance.(7)

So if ever there was a time for the Foundational Economy and its wellbeing agenda to move from the margins to the mainstream, that time is now.

COVID-19 has wrought such social and economic devastation that it is widely assumed that we cannot return to our pre-pandemic ways of working and living. But be warned: exactly the same was said in the wake of the financial crisis in 2008, only for the neoliberal past to re-assert itself with a vengeance through painful years of austerity.

What is most distinctive about this crisis however is that every country has become aware of what we might call the Societal Disconnect, where the list of essential workers – in health, social care, education, food provisioning, transport and the like – is largely the same as the list of the lowest paid workers in society. The societal disconnect reveals the paradox of a society in which the lowest status workers play the most important role in keeping society safe, sound and civilised.

In other words, the pandemic demonstrates the importance of the foundational as that part of the economy which cannot be shut down. And the list of essential workers in each national economy provides a common sense and practical definition of what counts as foundational (FEC, 2020).(8)

Promoting the FE in the post-pandemic world requires nothing less than a process of societal innovation for foundational renewal in which two things are necessary:

Cities, regions and municipalities have the local knowledge and the proximity to local citizens to design and deliver public services and regional development strategies and these foundational assets need to be nurtured and nourished if the pandemic is to be a portal to a better world. 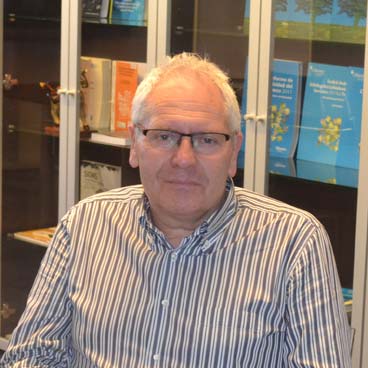