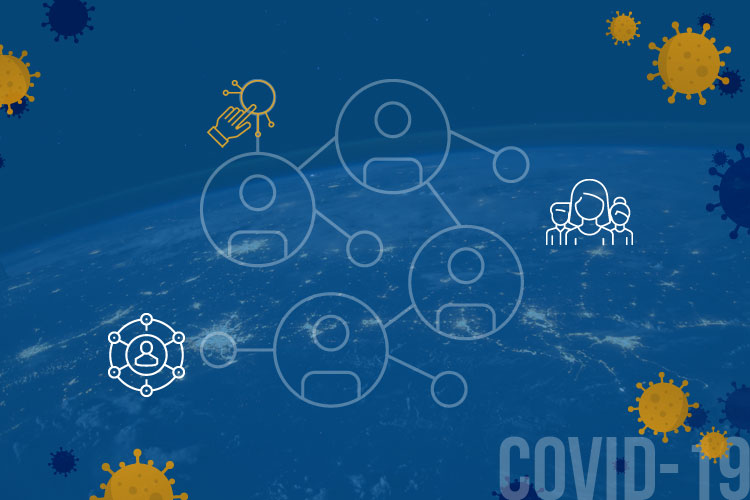 In the end it turned out that the black swan was in fact a yellow virus. And a seemingly distant viral crisis has turned into an unexpected global crisis of stratospheric proportions. It was never an impossible incident, although its scope has exceeded almost all expectations.

In the initial stage, almost all activities had to be adapted rapidly to completely distinct circumstances. The closure of in-person education gave way to the closure of commercial activity, the confinement of the population to their homes, the limitation of transport and the closure of borders to subsequently limit certain economic activities. It seems like we are in the previous century, but we are only talking about three weeks ago.

In this first stage after its emergence, some evidence.

In relation to the digital, just two months ago we talked about the ongoing digital transition, the need for an intelligent audacity to address it from a shared vision and strategy, and necessarily articulated through cooperation and collaboration.

An "express digital transformation" has been put into place in some companies, mainly in activities that had some level of previous digital maturity or that had innovative or resilience capabilities. Others, however, had no prior vision of the potential of the technology beyond means of payment or even online sales. Looking closely, some of the companies that have grown in activity during the current resilience stage are those that had an internalised digital business model and digital culture. The cases of Amazon or Netflix are absolutely revealing compared to traditional distribution or movie theatres, for example, but closer to home, there are numerous experiences of many SMEs that have operated changes to adapt to the situation.

Different levels of responsiveness mean that the digital capabilities of companies, institutions and individuals put them at a more advanced or disadvantaged starting position in order to survive and recover or even grow. Business strategies and digital public policies, if they were already important, will be even more so in the future.

However, it can be seen even since the very first days of the current crisis the unequal conditions in which the so-called "digital stragglers" (DESI 2017) find themselves, which may be due to inequality in relation to connectivity, tools or digital skills to be able to develop naturally, or the economic resources to address all of them. The fact is that these digital skills make up "digital thinking" through which someone, an organisation, can interpret the power of use of what technology offers.

At this point, we should ask ourselves whether this "express digital transformation" will be consolidated in the companies' strategies or whether it will be a mere by-pass until things go back to the way they were. If the experts agree that few things will be like before, it is reasonable to think that more activities will be advancing in this area, starting with the strategic sectors, but it will end up affecting almost all of them. Therefore, it is time to consolidate and strengthen the commitment to the digital transition from the transformation of organisations.

Faced with many problems, such as covid and its derivatives, the response based on technology is almost always capable of advancing to find a solution, but sometimes this response questions the limits, legal and even ethical, and even poses dilemmas - privacy versus health - which in reality are not so great, but force us to overcome them constructively.

In the transition towards a digital Basque Country, in addition to using agile methodologies to address the digital transformation, it is central that companies must transform themselves digitally in order to be flexible and agile. In this way it is possible to respond to changes in markets and customers, and to a certain extent not be rigid in the face of black swans, or not so black.

For their part, the public, through governments and administrations, will have to undertake digital transformation processes in a more intense manner, which will allow them to respond to new needs, monitor the resistance stage and especially in the process of reconstruction and reorientation of their priorities and strategies, in a context of budgetary readjustment, in addition to generating capacities for possible future crises.

Digitisation is here to stay. It has shown us that it is capable of sustaining some human activities, but also that it has limitations and that everything is not possible only through technology, in an intermediate zone between technoptimists and cyber-pessimists. The most reasonable question seems to be: how do we tackle it? Do we go back to what we used to do, or do we leverage this transformation, initiated by technological evolution and converted into express by covid19, in order for everyone to emerge more competitive?

Agustín Zubillaga, Digital Economy Lab Coordinator at Orkestra, began his career in the Telecommunications and Software sector, after his Degree and MSc. in Computer Science in the University of Deusto. As a lecturer in software areas in several Universities (Universty of the Basque Country, University of Cantabria and University of Deusto).