Challenges for supply chain management in times of (post-)COVID19

Will the corona-crisis lead to a turnaround in supply chain management?.

Due to the COVID-19 pandemic, we have seen a lot of supply chain disruptions:

As a consequence, two types of calls have been issued towards industry in a lot of press and political circles:

That sounds very courageous. And very constructive, as well, at first sight.

But it may not be so self-evident to shape supply chains to our own will or to change plant locations as if we were talking about moving boxes; or “rolling factories” that you can just pack up and install somewhere else.

Why is this not so self-evident? Because factories tend to be or become “embedded”!

Which means that they develop a symbiosis with their environment: either from a production and/or a sales perspective

To illustrate the production perspective, let me tell you an anecdote:

In 2011, Barack Obama attended a dinner in Silicon Valley with several captains of industry from the United States. One of the guests was the late Steve Jobs of Apple.

During an intervention of Steve Jobs, Obama asked him: “Steve; what would it take to make iPhones again in the United States?”

Jobs replied in a very straight forward manner to that question, and said: “Those jobs aren’t coming back!”. 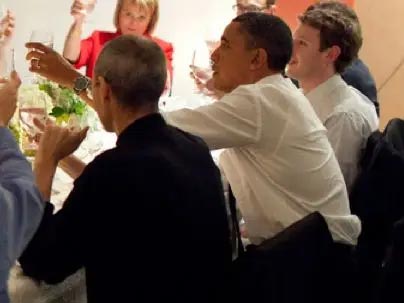 He was convinced of this as he had witnessed how production eco-systems in China had become very fine-meshed and hi-tech. And today that is even more so than in 2011.

What Jobs was seeing -already back then- was that choosing to manufacture in a country like China is not just a matter of seizing cost advantages, but also of getting access to a tight-knit and well-endowed set of producers and development facilities that outperform many production networks in Western economies.

So …: companies that produce and conduct R&D in such places enjoy “insidership” benefits and agglomeration economies.

As a consequence, if those same companies start saying: “we close our doors there!”, they will need to find and build the same type of environment elsewhere.

And that may take time and it may even turn out to be more costly.

The other way that factories become “embedded” is when they are located amidst the geographic markets they ought to serve.

And in this regard, we notice that a lot of the output that Western factories produce in countries like China is not intended for export markets anymore. On the contrary, an increasing share of the output from Western-owned factories in China is destined for local markets; be that China or larger parts of Asia.

To illustrate this point: last year we did a study at Orkestra on the potential for backshoring production activities out of China and wider Asia; and to repatriate those activities back to the Basque Country (or its near surroundings).

And we found that this possibility was only an option for those factories that were not producing for the Asian market, which is only the case for a minority of the Western production plants that have been created in Asia.

Altogether, if you look at Western factories that are located in Asia; you’ll find that only a fraction of them can become “footloose” and eligible for backshoring.

Regarding the possibility of substituting imports from China by goods that are manufactured inside Europe, Spain or the Basque Country in order to feed our industrial supply chains with local inputs: that may be tricky as well.

B2B imports from China concern largely industrial goods of lower added value. And the prices for these goods are often so much better than what European suppliers would charge that it is improbable that we can neutralize China’s cost advantage for these inputs.

Oké: China’s cost advantage for these goods may be a consequence of social dumping and other practices that we don’t like.

But the price differences are real and they are considerable, and they clearly drive industrial buyers towards “remote sourcing” strategies.

Moreover, in the present situation where an economic meltdown can not be discarded; cost competitiveness may even become more important.

All in all then, I think we should relativize the potential of backshoring and the potential of making the European or Basque industry fully reliant on local/national/continental supply chains in the post-COVID19 era.

Does that mean there is nothing we can do to get a better control on our supply networks? And does it imply that there aren’t any companies for whom backshoring or turning to European suppliers can be an option?

Well, based on work that we are currently undertaking with SPRI/the Basque Government and the European Cluster Collaboration Platform I see three areas for action:

First: those firms (SMEs in particular) for whom working with Chinese suppliers was only marginally better or cheaper than purchasing from nearby located suppliers. These companies can now decide to tie more into European supply chains.

Second: big firms with considerable purchasing power can go for more dual sourcing; diversifying their supplier base. Testing European suppliers more systematically and if that turns out well; perpetuate those relationships.

To finish, we can think of two “encores”, but those are partly for policy makers.

One: Keep investing in Industry 4.0 to avoid offshoring and to retain production and supply networks over here.

The health crisis is just another layer in a system where pollution, social dumping and non-internalization of climate costs are favouring localities that do not comply with standards of sustainability.

Therefore, it seems justified to become more demanding in that regard. Possibly, by means of regulations, certifications and -who knows?- sanctions.

That is: if we are brave enough to take that path and do not fear that this may backfire on our own possibilities to sell in the places that we consider to be underperforming or non-compliant with such sustainability standards. 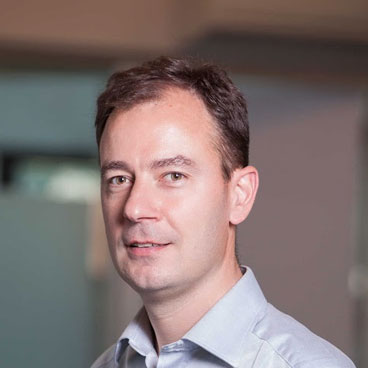 Bart Kamp is Principal Investigator in the focus area of Business Internationalisation and Servitization at Orkestra-Institute of Basque Competitiveness. His research centres on competitive strategies that enable firms to be leaders in their niches on the international market and on servitization processes between manufacturing firms.