Temporary, freelance type or contracts via online platforms (like Uber) are arrangements that the term "gig economy" refers to. According to Orkestra researcher Susana Franco, “although it may create work, it also increases these people's insecurity because it reduces their negotiation power and generates an uneven income flow". 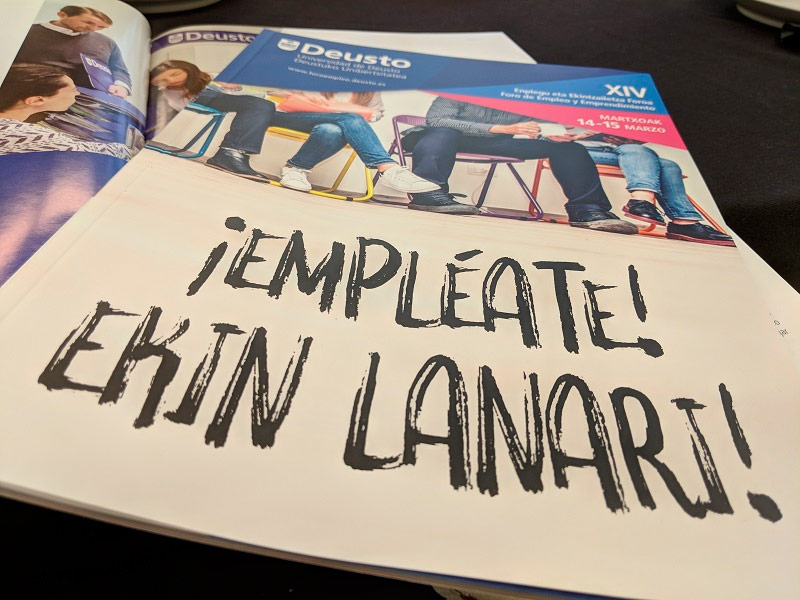 “Maintaining a certain degree of stability on this increasingly changeable market will be a task that workers, as well as firms, universities and public administrations must assume" remarked Susana Franco, who delivered the opening address at the University of Deusto Employment and Entrepreneurship Forum held in Bilbao today.

She called for public administrations to continue working to connect employment, competitiveness, social and education policies efficiently.  In Franco's opinion, "this connection should focus on supporting future job creation and ensuring a certain degree of stability on a market that is expected to be increasingly unstable, with more temporary jobs and piece-rates, with highly variable household income flows”.

In her opening speech, Susana Franco gave a detailed view of the future of employment and the role of young people on this scenario.

Among other aspects, Franco highlighted that the ageing population would mean fewer young people entering the job market. In this respect, she stated that firms will have to compete to attract these young candidates.

She also underscored that there will be changes in the most widely demanded jobs in the future. In this way, she pointed out that future generations will have to work on cross-cutting aspects (teamwork, leadership, languages…) in addition to strictly technical or social skills, and show greater flexibility as per performing different tasks.

Other speakers at the Forum held at the UD on 14 and 15 March were Beatriz Artolazabal, Basque Government Councillor on Employment and Social Policy, and José María Guibert, Rector of the University of Deusto. Over 50 firms and organisations attended the event, which provided face to face contact with final year degree students.